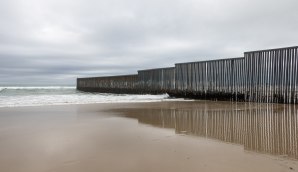 The GOP has come up with some creative arguments for trying to justify building an archaic wall to stem illegal immigration at our nations southern border. But the problem with most of their arguments lack substance.

The GOP is the only party that cares about illegal immigration.

It doesn’t matter if people from Latin America are coming seeking asylum. To Trump they are “invaders” or “terrorists”. People seeking a legal immigration status in the United States are being turned away by the Trump administration before they even have the chance to apply. They are looking to do it legally but are being miscategorized as “illegals” to better fit the Trump narrative.

To be clear Democrats are anti-illegal immigrant, Trump and the GOP are anti-immigrant.

A border wall will solve our illegal immigration problems.

Most illegal immigrants entering the United States today, around 65 percent, are visa overstays. Additionally, the amount of people crossing the border illegally has been dramatically declining since 2000, from 1.64 million then to just under 304 thousand in 2017.

The problem facing the illegal immigration crisis in the United States today isn’t that too many people are crossing illegally today, its that too many people were crossing illegally years ago. If we’re going to fix this problem, we need to figure out what to do with the people already here, not spend billions of dollars preventing an “invasion” of people that aren’t coming.

Mexico really IS paying for the wall

Trump repeatedly ran on the campaign promise that Mexico would pay for the wall, and since being elected he’s repeatedly backtracked on that promise. Any way you cut it, if the money needs to be approved by the United States Congress then the American people are going to be paying for it. And any way you cut it, the American people have far more important things to be funding then an archaic wall that won’t solve our nations illegal immigration problems, namely the trillion dollar deficit and 22 trillion dollar national debt.